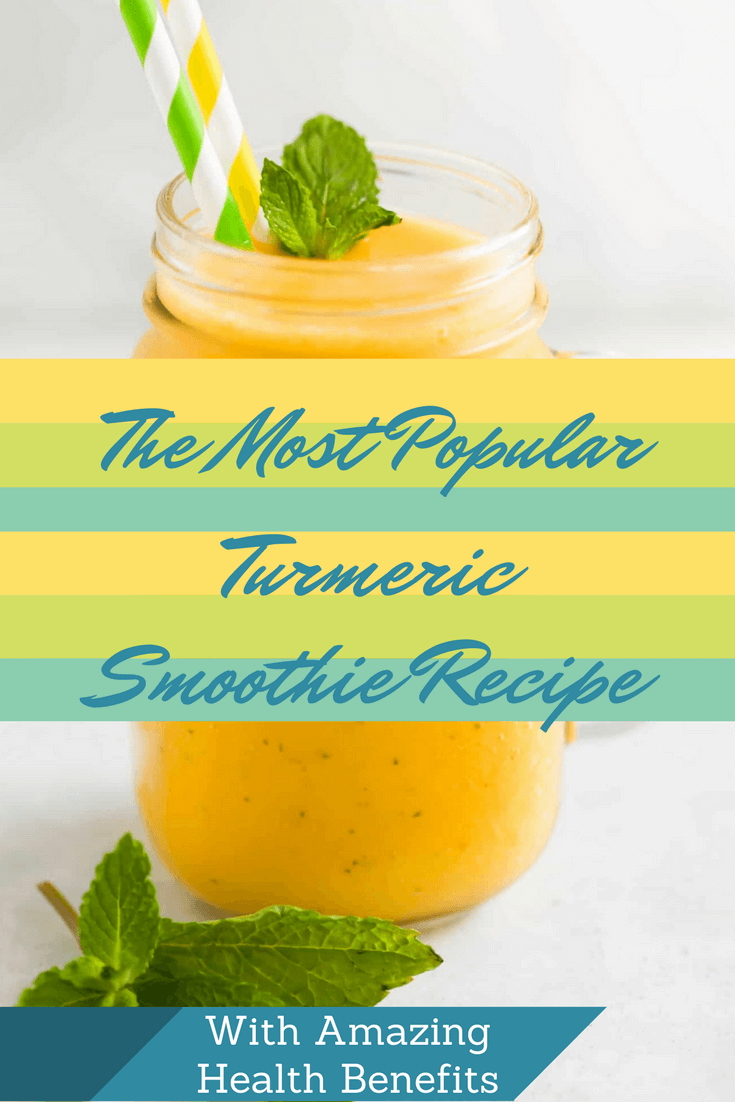 Get the recipe for the most popular mango turmeric smoothie recipe here and find out why everyone talking about the health benefits of turmeric! The health claims are pretty amazing and include: its ability to diminish inflammation and alleviate pain, heal skin lesions and improve overall skin health and help with menstrual issues.

Read Next: 5 Signs You Have an Unhealthy Gut

What Exactly is Turmeric?

It is a perennial herb which is originally native to India and is closely related to ginger. The bright yellow color of the turmeric powder is perhaps its most unusual characteristic. If you have ever indulged in delicious Indian food, then you have definitely tried turmeric in that form.

Because of all the health benefits associated with turmeric, turmeric healing smoothies are all the rage on the internet and Pinterest. Find out what happened when the editors of one health website tried out the most popular turmeric smoothie.

We Tried It: The Healing Mango Turmeric Smoothie

Who isn’t obsessed with turmeric these days? It’s an anti-inflammatory powerhouse and a staple of my daily diet, whether I’m tossing it into smoothies, stir-fries or lattes. So when I found out there was a turmeric smoothie that had been pinned over 150,000 times, I knew I had to try it. The ingredients were simple enough: coconut milk, mango, banana, turmeric, ginger, cinnamon, chia and coconut oil.

On a casual weekday afternoon, I whizzed up a batch in the office (it took about ten seconds, as the instructions were: add ingredients and blend). The result was surprisingly thick—and surprisingly delicious. “I think I need a spoon,” said our social media manager.

“It’s very filling,” noted our CFO. “Like a pudding,” our beauty editor said.

The single biggest complaint? The smoothie was warm. With no frozen fruit or ice to make that classic, milkshake-like smoothie texture and temperature, and the molecules heated in their trip through the blender, the result was a bit warmer than room temperature, and much warmer than most testers preferred. If you make this smoothie at home, I highly recommend using frozen banana, frozen mango or both.

Still, the flavor won over almost everyone. “It’s so good, I want to keep drinking it,” said our social media manager, who added that she’d love to add it to oats, soaked overnight, to make overnight oats.

“It’s not so sweet that I’d be weighed down by it, but it’d satisfy a sweet tooth,” said another editor.

From a health perspective, the mango turmeric smoothie is good, although not great—I’d say, a B . There’s quite a bit of sugar from the mango and banana, but the release of those sugars in your body is mitigated by the fat from the chia, coconut milk, and oil, and the fiber from the chia and the fruit itself. Cinnamon also stabilizes blood sugar, making sure you won’t experience any spikes and crashes. The coconut products are anti-viral, anti-fungal and antibacterial, and chia helps with digestion and soothing the stomach (which ginger, of course, helps with as well).

If I were going to make this into a regular breakfast, I’d add a hefty handful of greens—you wouldn’t be able to taste them, but the additional fiber would help balance out that sugar. I also love the overnight oats idea!

Is the Mango Turmeric Smoothie the Most Popular Turmeric Recipe on the Internet?

Want to make it yourself? Check out the recipe here:

If the Mango Turmeric Smoothie is Not Your Thing: Other Popular Smoothies from Pinterest to Try 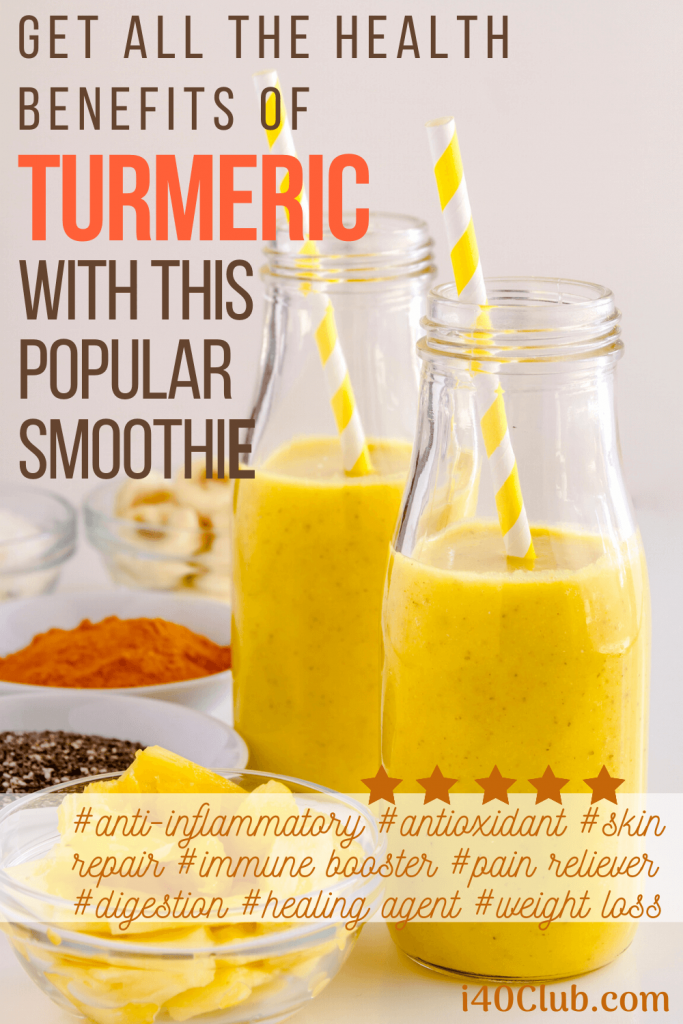