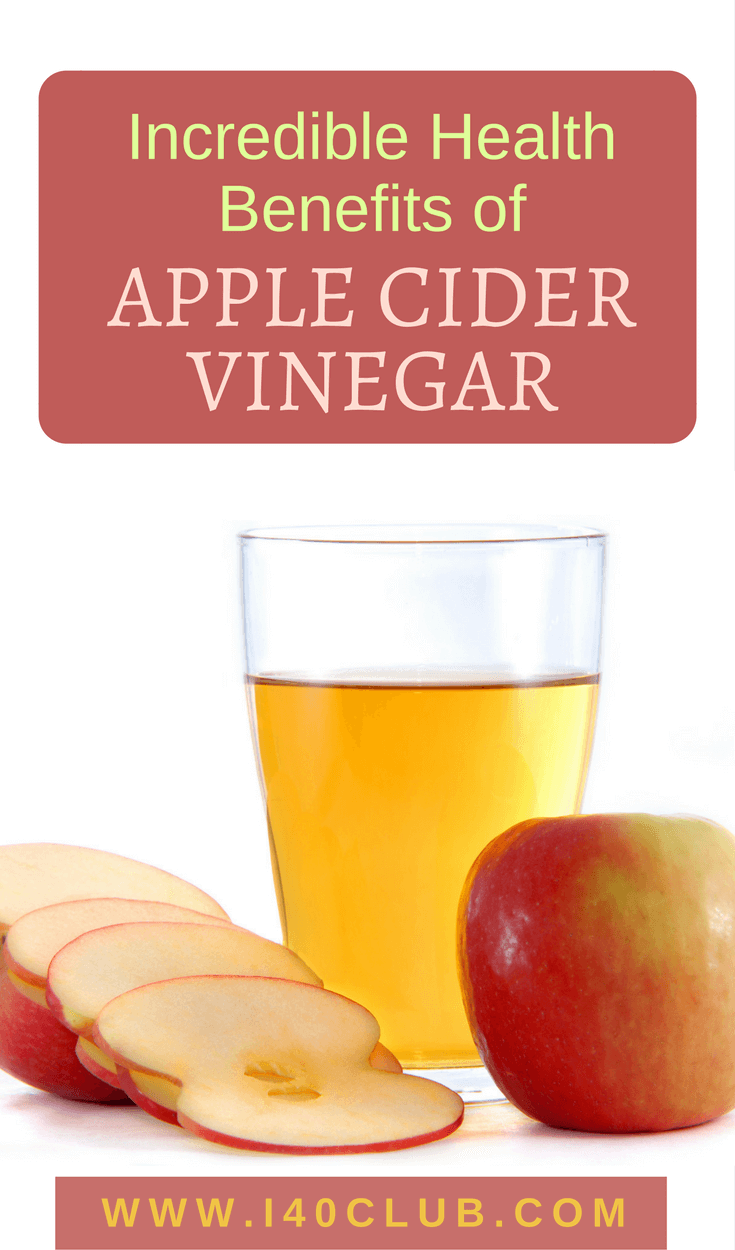 The benefits of Apple Cider Vinegar became popular only recently, but its health properties have been known for many centuries. It has been shown to have medicinal properties in helping to cure ailments and preventing some. Through the process of fermentation, apple cider vinegar gains lots of proboscis and enzymes which give it the properties that it has.

The apple cider undergoes the process of fermentation where it becomes rich in enzymes and probiotics which help in reducing its sugar levels. One is required to only take one or two tablespoons of the vinegar to reap the benefits of apple cider vinegar. The vinegar works by reducing the blood sugar level by increasing insulin sensitivity hence helping patients with diabetes.

High cholesterol is dangerous since it leads to the blocking of arteries that can cause various heart-related conditions such as a heart attack. These benefits of apple cider vinegar work by reducing cholesterol levels by a huge percentage hence reducing ones risk of getting any heart-related illnesses.

Acid reflux is caused by having less acid in the stomach hence leading to back flow up the esophagus which leads to vomiting, heartburn, and nausea. Since the vinegar is acidic in nature, consuming it daily introduces more acid into the stomach that prevents the back-flow of acid.

By regulating insulin levels which in turn reduces blood sugar, you will be able to lose weight easily since high blood sugar promotes weight gain. The ACV increases one’s feeling of being satisfied which is why it is recommended that you take it 30 minutes before a meal since it will help you feel fuller hence you will eat a lot less.

Drinking two tablespoons of apple cider vinegar has been shown to reduce body weight and body fat mass in one study.  This study only looked at the effects of  drinking apple cider vinegar over a 12 week period.  At the end of the study, there was a 3% decrease in body fat and on average, 4.2 lbs were lost with no other changes in diet.

Drinking ACV daily or applying it on your skin, helps in making the skin soft and reducing acne by killing some of the bacteria that cause different skin conditions. Due to its probiotic properties, which is one of the great benefits of apple cider vinegar, it is a great ingredient to add into your masks and scrubs as it will work on your skin leaving it bright and glowing.

ACV has useful enzymes and amino acids that help in healing and reviving the body after a workout or a long day. If added to a healthy sugar-free juice, it is quite refreshing and will start working internally to reduce fatigue by reducing the buildup of lactic acid in the body.

The uses and benefits of apple cider vinegar are endless, and that is why it is considered a super food. The best part is that you don’t need a lot to see the effects, a table spoonful or two per glass should be enough, but it is best to take it on a daily basis. The acidity level may affect the enamel over time, so always mix with a glass of water.

What type of Vinegar is Best

It’s recommended to drink an apple cider vinegar that has not been processed.  Processing of the ACV may  remove some of  the healthy minerals, acids and vitamins from the ACV.  You may still get some of the benefits of apple cider vinegar drinking a processed kind, but it’s not guaranteed.

We recommend Braggs Apple Cider Vinegar.  They guarantee a lot of benefits with their ACV.   This is the most popular one to use:

How do you drink it?

The best and easiest way is to mix a tablespoon with a glass of water.  You’ll taste the full vinegar this way.  Some people like it and some people hate it but most people get used to taste after a while.  Our favorite way to drink apple cider vinegar is 1 tablespoon with some lemon juice.