Going Gluten Free: Is It the Right Choice?

You may be considering going gluten free because gluten-free diets may have been all the rage among health-conscious folks a few years ago, but they’ve since fallen out of favor in the mainstream. If you don’t have celiac disease or a full-fledged gluten allergy, then something as simple as asking your waiter if a particular menu item contains gluten will likely earn you sideways glances from your table-mates. But does that mean that going gluten free isn’t right for you?

Modern food options are plentiful, but also surrounded by hype, marketing, and diet-shaming. Despite the massive amount of nutrition-related information available, it’s next to impossible to know which sources to trust.

Even hard-nosed science still comes up short of being able to conclusively tell us what diet will best suit our individual needs. Needless to say, it can be pretty tough to know what the right choices really are. If you have unexplained weight loss, are deficient in iron, anemic or you have a family history of celiac disease, talk to a doctor before going gluten free to see how you feel.

And if you are you’re thinking about going gluten free, here are some things you’ll really want to consider.

Yes, A Gluten Free Diet Could Improve Your Health

This applies to everyone, not just those with specific health conditions. Moderation is key when it comes to all aspects of health, and especially in terms of diet and nutrition. You don’t have to be diabetic for too much sugar to damage your health.

Along those lines, cutting out (or even just limiting) the wheat and gluten in your diet could lead to substantial benefits, especially if you have chronic health issues such as, for example, irritable bowel syndrome, asthma, or eczema.

The fact is, Americans eat a lot of grains. Many sources even recommend a grain-and-carbohydrate heavy diet. Yet, for much of human history, people didn’t eat grains at all – we didn’t know how to grow, harvest, or process them. It makes sense to believe, then, that we aren’t terribly well-evolved to use grains as fuel for our bodies.

Does including a moderate amount of grains in our diet make us less healthy? The common sense answer is no. Change “moderate amount” to “extremely large amount,” though, and we have a different story on our hands.

Now, if you just replace the grains in your current diet with a boatload of “gluten-free” grains, is that really an exercise in moderation? It might actually have the opposite of the desired effect, but we’ll get to that in a minute.

You probably already knew that. A gluten free diet means giving up a lot of comfort foods, treats, and old favorites. No more inexpensive loaf bread, Subway® sandwiches, donuts, or scrumptious linguine from that Italian place you love so much.

You also have to know what it is you’re looking for when checking those ingredient labels, because most won’t come out and say “contains gluten” or “gluten free”. It’s not only wheat you’re avoiding, but also its various forms, such as wheat berries, wheat starch, and spelt, as well as other gluten-containing grains like rye, barley (or malt), and triticale. By the way, that’s just the short list.

Last but not least, going completely gluten free means staying clear of trace amounts. This means not sharing a toaster, butter knife, cutting board, or anything else that has been used for gluten-containing foods without first washing it thoroughly.

It also means that most restaurants are off-limits, since the majority of cooks and waiters can’t be expected to carry out (or even care about) the minutia of your diet plans. The good news is that you can now get a pocket sized sensor that will test your food anytime –
Nima – The Portable Gluten Sensor

If you don’t have celiac or an actual gluten allergy, chances are that these trace amounts won’t make a big difference, so you can afford to be a tad bit less discerning. Still, it’s good to be aware of cross-contamination (like when a deli employee doesn’t change their gloves before grabbing your “gluten-free” sandwich roll) and to know that there is a difference between “gluten free” and “almost-gluten free”.

Read More >>> 5 Advantages of Removing Gluten From Your Diet

So, what are the foods that are most likely to contain gluten? Here is a basic overview:

Many of the foods on the list above may seem like obvious sources of gluten. What you might not know is just how hard it really is. Gluten will creep up on you unexpectedly – in soy sauce, soup, salad dressings, and other foods you might not automatically count out. Here are some of those foods:

In addition, well-meaning friends or family members may not understand if you drop gluten i.e. bread, cookies and cake. Their comments and questions might drive you nuts so be prepared.

At brunch: “Come on, just have a bagel; what’s gonna happen to you.” “I would poke my eyes out if I coudn’t eat bread.” #gfpetpeeves

The first thing to know is that a label proclaiming “gluten free” can be just as much of a marketing ploy as those offering “reduced fat,” “natural flavoring,” or “whole grains,” all of which can be a good thing, but are more often just seductive advertising techniques that sidestep the truth using legal or semantic loopholes.

In other words, it’s always good to remember that your health is almost never a concern of those who manufacture or sell food – they’re after your money, and that’s it.

Many restaurants are guilty of this as well. They draw you in with an advertisement for their new “gluten-free” pizza (or whatever it may be), but the employee behind the counter gives you a blank stare when you ask about cross-contamination. It’s not a malicious ploy, but it’s a ploy nonetheless, and a good one to be aware of.

Even with truly gluten-free food items, it’s important to be wary of going overboard. Often, gluten-free versions of foods like breads, cereals, and pastas contain higher amounts of sugar, corn syrup, and other ingredients that are unhealthy in excess. In other words, a diet high in processed gluten-free foods might solve one problem only to create another.

Does that mean a gluten-free diet is unhealthy? Definitely not – it just means that instead of filling your pantry with gluten-free cookies, cereals, pastas, pastries, and chips, you’d be better off eating more foods that are both nutritious and naturally free from gluten. A good place to start is with the foods that have sustained human life for thousands of years  – foods like vegetables, fruits, meats, fish, seeds, legumes, roots, and herbs.

Read More: How to Get More Fish Into Your Diet

Putting It Into Perspective

Going gluten free won’t solve all of your problems, and it’s certainly not for everyone. In fact, some people will probably even make fun of you or hold it against you when you turn down the home-baked goodies they bring to the office. With that said, a gluten-free diet does have the potential to lead to better health.

There are definite advantages for going gluten free, Keep in mind, though, that it usually takes several weeks before you’ll notice any changes. As challenging as a gluten-free diet can be, there’s no harder part than getting started. If you’re getting ready to make that leap, then good luck, and good health! 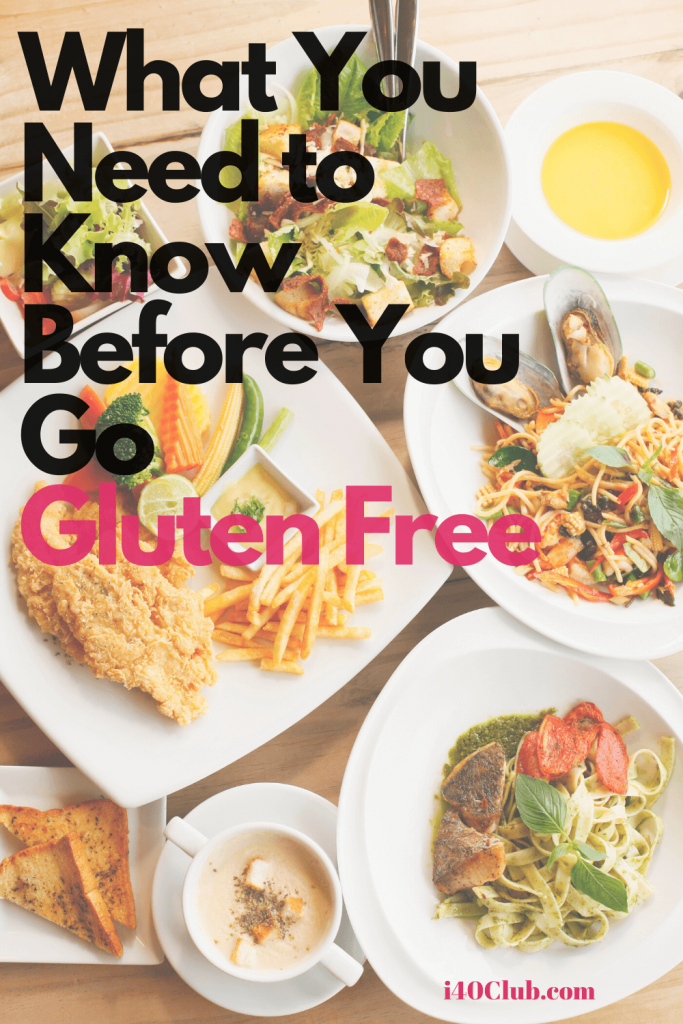