Anemia treatment should be explored as anemia is a common health condition that can cause a wide range of symptoms and, in some cases, lead to serious health problems. There are several types of anemia, each with their own range of symptoms, causes and anemia treatments. While anemia can cause distressing symptoms, most cases can be easily treated.

Anemia is a health condition characterized by a reduction in the number of healthy red blood cells in the blood. When anemia is present, the level of hemoglobin in the blood is lower than normal. Hemoglobin is a molecule present in red blood cells, and is responsible for transporting oxygen around the human body. When hemoglobin levels are low, there is inadequate oxygen supply to the tissues of the body.

Intestinal bleeding is a common cause of iron-deficiency anemia, particularly in men and post-menopausal women. Intestinal bleeding can have several different causes, including peptic ulcers, stomach or bowel cancer and regular intake of non-steroidal anti-inflammatory drugs (NSAIDs).

Iron deficiency can also occur due to a lack of iron in the diet, or an inability to absorb iron from food. In addition, the human body needs adequate intake of vitamin C in order to ensure the proper absorption of iron. Pregnancy can also deplete the body’s iron stores. (If you are having trouble getting pregnant, low iron levels can effect your ability to get pregnant by up to 60% so get checked for anemia.)

Vegans may also be at an increased risk, due to inadequate nutrient intake. Some medications, such as PPI (proton pump inhibitors) are also thought to increase the risk of anemia, although no conclusive proof of a link has yet been found.

Symptoms will depend on the type, cause and severity of anemia. In some cases, symptoms may take several months to appear. Common symptoms associated with anemia include:

As the condition progresses, symptoms may also include:

Read More: What Your Body is Trying to Tell You – 7 Signs Something is Wrong

Some cases of restless leg syndrome (RLS), which causes unpleasant sensations in the legs, have also been attributed to iron-deficiency anemia.

Symptoms associated specifically with B12 deficiency include:

Left untreated, anemia affects the immune system and increases vulnerability to infections and illness. In some cases, severe anemia can lead to serious problems with the heart and lungs, including heart failure. Pregnant women with anemia are at a higher risk of developing complications in pregnancy and giving birth to an underweight baby. 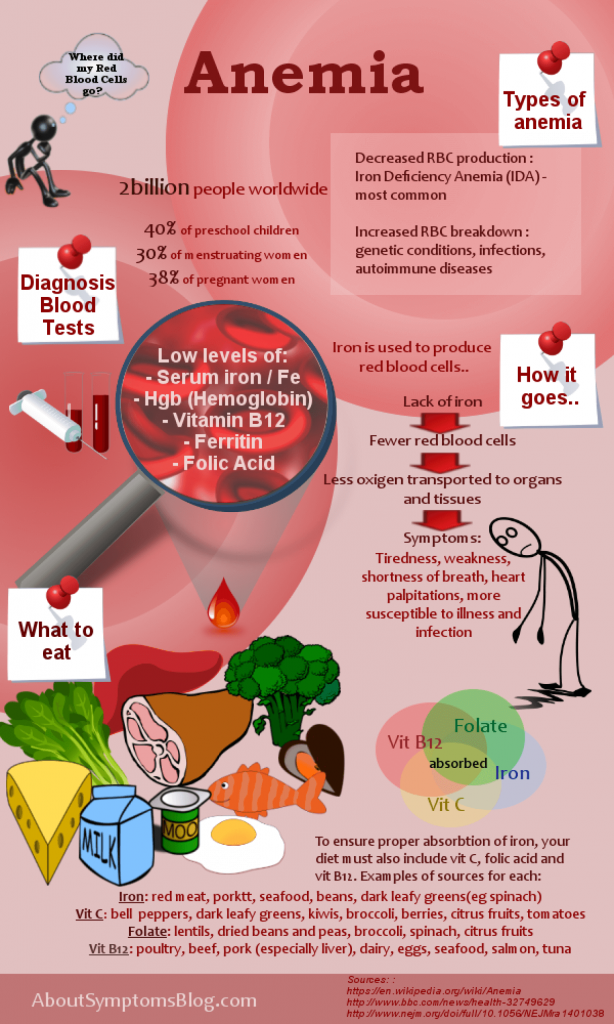 Diagnosis usually involves a simple blood test to determine the levels of hemoglobin and the health of red blood cells. Sometimes, the doctor may also want to check for a protein called ferritin, which stores iron.

If anemia is suspected, the doctor may ask questions about family health history, diet, menstrual cycle, current medications, ongoing health problems and other symptoms. A physical examination may also be required if the cause of anemia is suspected to be heavy menstruation, intestinal bleeding, rectal bleeding or heart failure. It is important to verify you have it so you can explore proper anemia treatment.

Unless the underlying cause of anemia is obvious, medical tests may be necessary to determine the cause. Any underlying medical problems should be assessed and treated.

However, if the side effects become intolerable, supplements may be switched to ferrous gluconate, a less potent supplement that produces fewer negative reactions. Iron supplements for anemia treatment are usually prescribed for a period of 3-6 months, although some people may need ongoing supplementation to prevent the condition recurring.

In mild cases of iron-deficiency anemia, supplements may not be necessary. Simple dietary changes may be sufficient to treat the condition. Referral to a dietician may be offered in these cases. It is also important ensure an adequate intake of vitamin C, as vitamin C is necessary for the absorption of iron.

Anemia caused by vitamin B12 deficiency can usually be treated with vitamin B12 supplements. In the first instance, vitamin B12 is administered by injection, and later in tablet form. However, where the body has trouble absorbing vitamin B12 through the stomach, such as in the case of pernicious anemia, ongoing B12 injections may be necessary. Folic acid deficiency can also often be treated with supplements. Folic acid tablets are usually necessary for 3-4 months, or until folate levels return to normal.


If treatment does not work, referral to a specialist may be necessary. In severe cases of anemia, a blood transfusion may be needed to improve the condition. 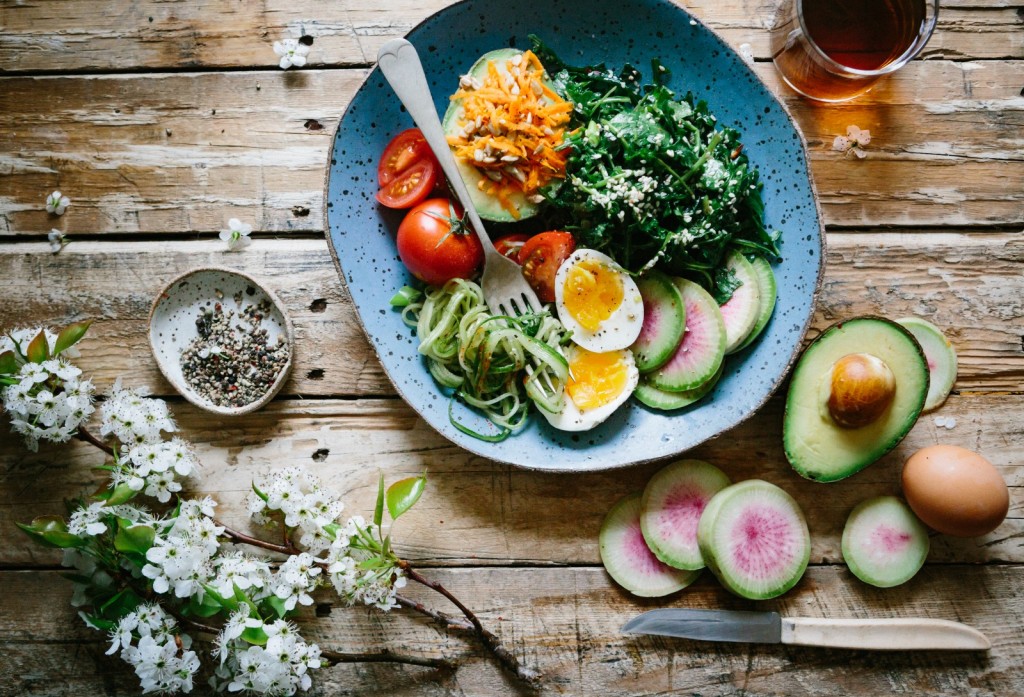 Anemia treatment can also be started with what you eat. Anemia can be the result of a poor diet or inadequate nutrient intake. While medical attention may initially be needed to treat anemia, dietary changes can help to prevent a recurrence of the condition. Increasing intake of the appropriate nutrients, such as iron, vitamin B12 and folic acid, can help to treat and prevent anemia.

As vitamin C intake is also essential to ensure iron absorption, foods high in vitamin C, such as citrus fruits, papaya, strawberries, broccoli and kiwi fruit, should also be included as part of a healthy diet.

Some foods and drinks, such as wholegrain cereals, tea and coffee, reduce the absorption of iron, and should only be eaten in small amounts. Antacids and medications used to decrease the production of stomach acid can also reduce iron uptake.

Anemia treatment can usually be  completed successfully with a combination of medication and dietary changes. Serious complications are rare, particularly if the underlying cause is addressed.