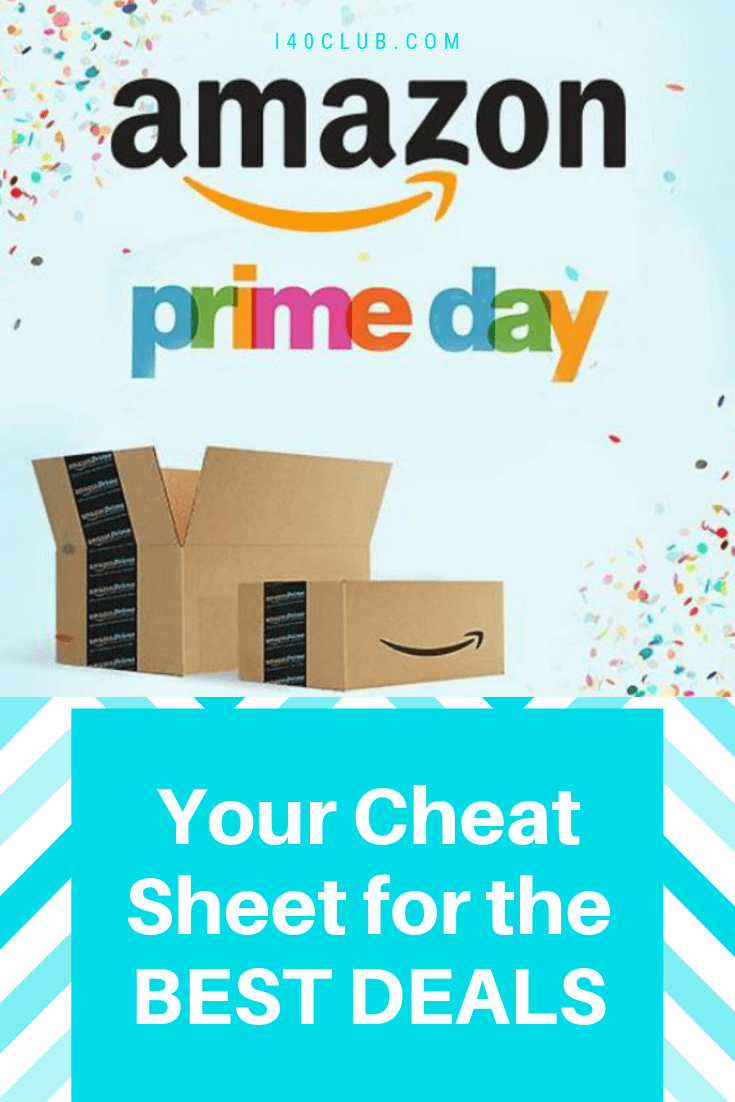 Amazon Prime Day 2019 is almost here and this is your cheat sheet for the best deals. The best Amazon shopping day exclusive for Amazon Prime Members lasts for two full days and will be Amazon’s longest Prime Day ever. Amazon is promising well over a million deals for you on Prime Day with discounts on everything from 4K TVs to Fire TV Sticks. Shoppers can also expect Prime Day Whole Foods deals, Prime Day Twitch deals, and Music Unlimited deals.

What is Amazon Prime Day?

Prime Day started in 2015 to celebrate Amazon’s 20th anniversary. Since then, it has grown into a global deal-a-thon that’s celebrated in 18 countries. Prime Day has been such a massive success that for the third consecutive year Amazon is extending the length of the sale. Amazon Prime Day 2019 will last 48 hours (up from last year’s 36-hour sale).

With so much available, the more you know about how to navigate the sale and know what you want ahead of time, the more rewarding Amazon Prime Day 2019 will be. Let us tell you about the best items to buy to how to stream the Prime Day Taylor Swift concert. Here’s your ultimate Prime Day survival guide. (If you are not yet a Prime member, you can sign up for a free trial here). It will be worth it! 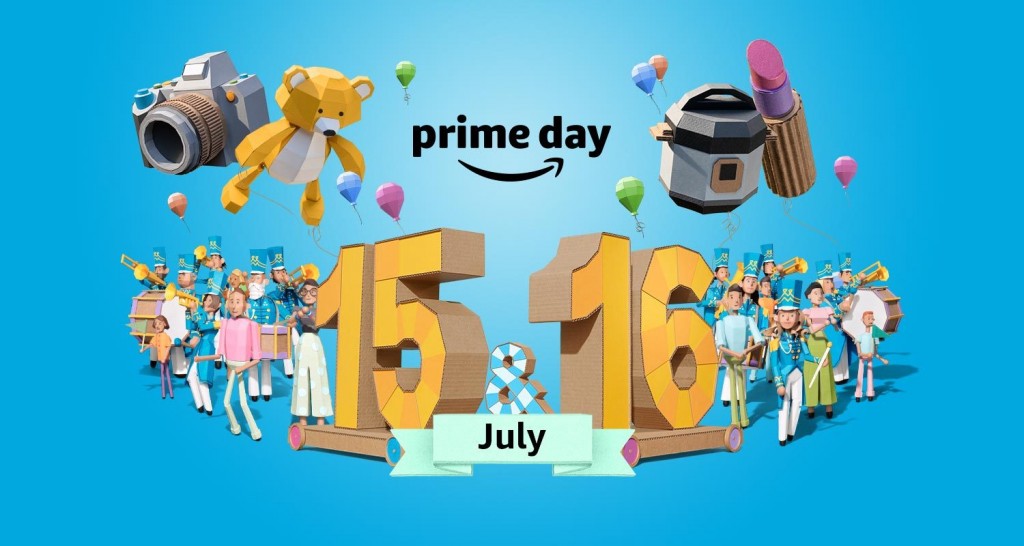 What Prime Day Deals can I buy right now?

Prime Day is less than a week away, but Amazon is already offering multiple Prime Day preview deals. Some of these deals are for Prime members only, so you must sign into your Prime account to see the markdowns or clickable coupons. That said, here are the best Prime Day deals right now, including a massive discount on Pepsi products.

The Editor’s Choice Echo Dot is one of the easiest and cheapest ways to bring Alexa into your home. It’s currently at its lowest price ever. We predict it won’t be significantly cheaper on Prime Day. View Deal

The Apple AirPods are the best earbuds for those invested in Apple’s ecosystem. Macy’s had them for $129 earlier in the week, so we think they’ll get cheaper on Prime Day. However, they will likely be hard to find in stock at a lower price (Macy’s deal sold out in hours), which makes this price/deal a safe bet. View Deal

Don’t own a 4K TV? Here’s a solid deal. Get the Fire TV Stick (1080p) at its regular price with 2 months of HBO for free. (One month normally costs $14.99 after a 7-day free trial). Just remember to cancel HBO (if you don’t want it), otherwise it will auto-renew after 2 months. View Deal

What are the best Prime Day Twitch deals right now?

Amazon announced that it will launch Twitch Sells Out — a stream that will highlight the best Amazon Prime Day Twitch deals for gamers. (The stream will begin on Prime Day). Anyone can watch the Twitch stream, but only Prime members will be able to make purchases direct from the stream. In addition, through July 16 shoppers can use coupon code “PRIME2019” to 30% off all Twitch Merch purchases.

Through July 16, Prime members who spend $10 or more at Whole Foods (or via a Prime Now order), will receive a $10 Amazon credit that can be redeemed during Prime Day (July 15 and 16).

This is the same promo that Amazon offered last year. However, it’s a great deal because that $10 credit can be used on anything sold via Amazon. (Excluding gift cards). For example, last year via our $10 credit we were able to snag an Echo Dot for just $24.99.

In addition to the credit, Prime members who shop at Whole Foods can currently save from 25% to 50% off select items, including organic cherries, apple pie, and wild-caught salmon. Make sure to follow our guide for the best Prime Day Whole Foods deals

Will Amazon Prime Day have non-tech items on sale?

YEA! Although tech stuff takes the lead on Prime Day, Amazon will also have discounts on lots of items like clothing and household items and decor. For example Amazon is taking 30% off school essentials, 30% off college gear, and 30% off household essentials.

Can Anyone shop Prime Day deals?

Prime Day is Amazon’s special thank you and incentive to its members and you must be a Amazon Prime subscriber to take advantage of the deals. However, if you’re not a Prime member you should know that Amazon offers a free Prime member trial when you first sign up. After your 30-day trial you can keep your membership or cancel it. Whatever you choose, this trial period will let you get the deals on Prime Day.

You can only qualify for a free 30-day trial once per year so if you have already used it up,  your best bet is to sign up for a 1-month Prime membership at $12.99/month.

How fast will my Prime Day shipments arrive?

Amazon has been investing in its shipping infrastructure for quite some time now. According to Amazon, 1-day shipping is available on more than 10 million products with no minimum purchase required. It’s available “coast to coast” on everything from fashion to Echo devices. Your Prime Day shipping options include: 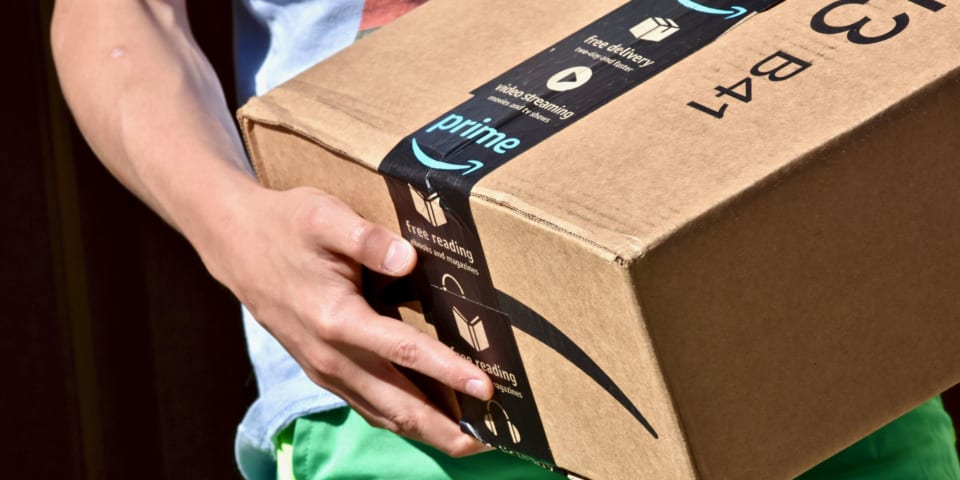 Should I Stick to listings shipped by Amazon?

While most of the items you’ll see on Prime Day will be sold and shipped by Amazon, be aware that some of them will come from third-party sellers. Most are reputable but be aware that some are not and Prime Day is not a day you want to be researching sellers and pricing, so it’s best to stick to Amazon sellers.

Items that are sold and shipped by Amazon are means that Amazon handles the whole shopping and shipping for you and all of the customer service. Less hassle on this very important sales day.

Does my Prime Student membership qualify?

Yes,  Amazon Prime Student members get many of the same perks as regular Prime members and the deals are available to you as well. Student Members also get a longer free trial so be sure to sign up for that free trial now.

What countries are eligible for Amazon Prime Day 2019?

What are Lightning Deals?

During Prime Day, some deals will only be available for a limited amount of time, while supplies last and they are called Lightening Deals. These Lightning Deals are exclusive to Prime members on Prime Day (but are open to everyone the rest of the time.  To get in on the deal, be sure to click on the item that’s “Upcoming” and then add it to your cart when you see it. Once the deal is live, check out with 1-Click.

Lightning Deals really do go quick, so you’ll want to watch the deals you want (the app is the easiest way to do this). If you miss out on a deal, be sure to add yourself to the deal’s waitlist and you can still get it if someone else cancels their purchase.

Are all the deals really “DEALS”?

There are a lot of deals and for sure some are a lot better than others. Preplan what you want to buy and have a good idea ahead of time of what the regular prices are. Websites such as CamelCamelCamel tracks the prices so you can see if it is good or bad. Also check out Fakespot.com which will let you know if the user reviews are legit.

You can also  Earn a $10 bonus when you reload $100 or more to your gift card balance for the first time.