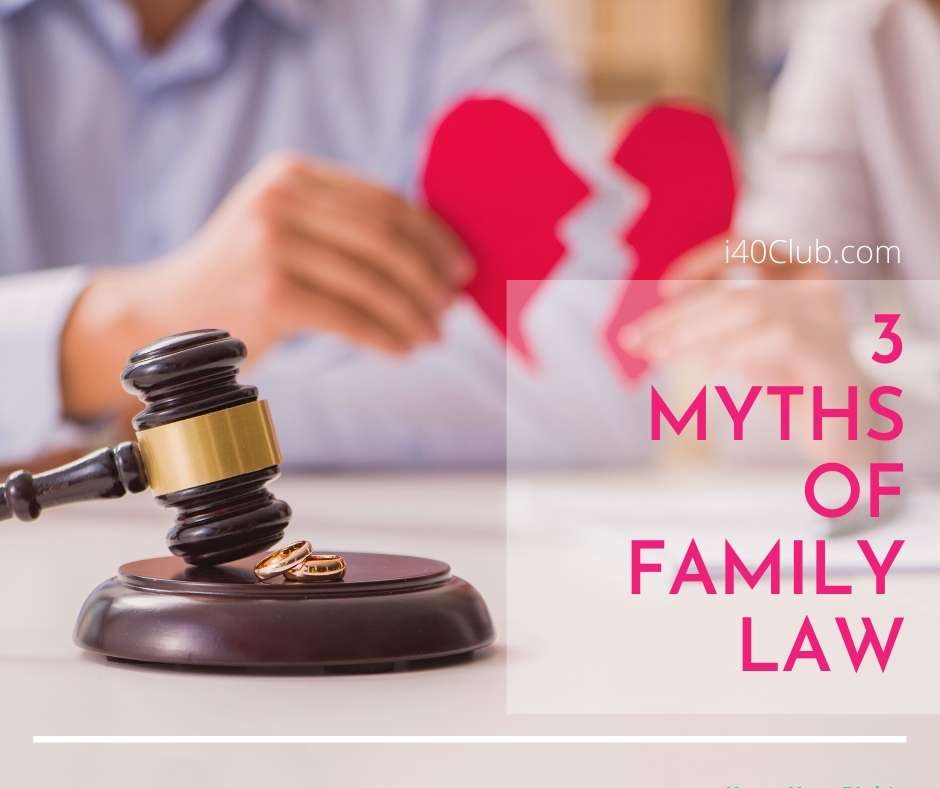 Very often, people believe hearsays and misconceptions of Australian Family Law. This is most likely due to isolated cases that ended up becoming generalizations. Fortunately, this piece discusses myths that surround family law in Australia and how to debunk them.

For example, Australian family law expert, Owen Hodge, revealed that statistically, only 5% of marriage breakdowns end up in court. The percentage indicated goes contrary to what many others believe. Curious to know more myths and misconceptions? Here are a few below:

Every family law dispute must be heard in court

This is not true; only 5% of de facto relationships and marriage breakdowns end up in the courtroom. 95% of the majority prefer to settle out of court mainly because it’s less costly and not stressful. Additionally, out-of-court settlements are carried out quicker and carry fewer risks of additional charges that a court may demand.

Furthermore, the parties involved in an out-of-court settlement agree to conditions that suit either side. Most importantly, most people prefer this less stressful approach because it carries minimal to almost non-existent reputational damage. Court litigations tend to last weeks and months, sometimes more. That and more explains why Australians prefer the simpler and quicker way out of such a situation.

Everything has to be split 50/50 once you’re married

By far, this myth is the most common in family law misconceptions. However, there’s no written rule in Australian laws that stipulate that properties must be shared equally or on a 50/50 basis. On the contrary, several factors come into play before the court or others can take any decision. Examples of these considerations are:

In handling divorce assets split cases or proceedings, it can be difficult to determine who gets more or less of what. Therefore, other factors that are considered are:

Indeed, the 50/50 distribution is a starting point but does not remain so in many cases.

The belief that family law courts tend to gear a lot more towards women is likely due to peculiar circumstances. Usually, divorce cases involving children six years and below have the court tasking the woman (or mother in question) with such minors’ full care. That notwithstanding, it’s not the yardstick by which all other cases must be judged in the court of public opinion.

According to Australia’s Shared Parental Responsibility Act 2006, the court only considers the child’s welfare. Therefore, if it’s in the child’s interest to stay connected with both parents, that will be done. There’s no legal undertaking that reserves women’s right to have sole custody over kids during a separation or divorce.

Lastly, avoid signing up to the belief that a lawyer isn’t required to represent you in court when the need arises. The digital age and the wealth of information on the internet fuel this belief, but you must know that a lawyer is trained to break down the law’s complexities while negotiating for better outcomes on your behalf.

Read Next >>> Dating After a Divorce: What You Must Know to Succeed